Can We Help People Live Better with Pain?

Those of us in the pharmaceutical industry focus so much on the safety of the drugs we are developing and testing, that we sometimes lose sight of the dangers of addiction, often affecting our industry personally. According to the National Survey on Drug Use and Health(1), “in 2016 approximately 20.1 million Americans had a substance use disorder.” And The Recovery Village of Umatilla, Florida(2) reports that healthcare and pharmaceutical professionals are in the highest risk category, having the highest rate of drug abuse and addiction of all professions: “It is estimated that between 10%-15% of all medical professionals will abuse or misuse drugs at one point or another during their career.” 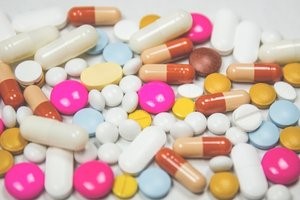 Statistics from a Pew Survey(3) conducted in August of 2017, claims that 46% of Americans have a close friend or family member with a past or current drug addiction.

“For the past six years, I have been volunteering in Allentown, Pennsylvania in drug and alcohol abuse treatment facilities, says Matthew Ferdock, CEO of Navitas. “During the Holidays this past year, I reflected back on how many people feel the weight of loneliness and take to the bottle or reach for drugs to avoid their feelings. For them, living life is nearly impossible. Our goal as volunteers is to help them make it hour-to-hour,” he says.

“My work has focused primarily on men, many of whom had good careers, houses, and families, but lost it all through the disease of addiction. Most of those I work with want to stop, but don’t know how” Ferdock says. “Some are so lost in their disease that unless they are willing to first admit they have a problem, there’s no chance for them. They will most likely die an addict,” he continues. “But when we see someone who can admit they have a problem that they themselves cannot fix, and they accept that forces outside of themselves are needed, there is hope.”

Hope often lies in twelve-step programs, whose foundations lie with the Hazeldon group(4) or Alcoholics Anonymous. After going through detox (often requiring hospitalization), the cycle is broken, and rehabilitation can occur. “The Holidays and winter, in general, is especially difficult for those struggling with addiction,” Ferdock goes on to say. “Cold temperatures, feelings of loneliness, hopelessness, and despair, can often lead to thoughts of suicide. Since my own life has been touched by suicide, I feel fortunate to be able to help others avoid the decision that cost my cousin his life.”

Whether intentional or accidental, drug overdose deaths (often involving opioids), continue to rise at an alarming rate, according to government data. “Overdose deaths involving prescription opioids were five times higher in 2016 than 1999,” report the Centers for Disease Control and Prevention(5). “In the past 17 years, more than 200,000 people have died in the United States from overdoses related to prescription opioids”-a statistic that prompted President Donald Trump to recently declare the opioid epidemic a public health emergency.

It is indisputable that pain medication is necessary for modern society. In Michigan Health, Kevin Joy reported last year in his article, The Cost of Chronic Pain(6) that “100 million American adults experience chronic pain – more than the number affected by heart disease, diabetes, and cancer combined.” Studies indicate that over one-third of those affected by chronic pain miss work, and 3 out of 4 suffer from depression, costing society $635 billion annually in treatment and lost productivity. And alarmingly, Joy reports that of those suffering from chronic pain in the US, “5 to 8 million rely on opioids for long-term pain management.”

The value of treating pain was addressed in a compelling article in the National Academy of Sciences(7) presenting overwhelming statistics concerning the cost of pain in U.S. dollars: “We found that the annual cost of pain was greater than the annual costs of heart disease, cancer, and diabetes, and nearly 30 percent higher than the combined cost of cancer and diabetes.” In conclusion, the article states: “In general, given the magnitude of the economic costs of pain, society should consider investing in research, education, and are designed to reduce the impact of pain. Eliminating pain may be impossible, but helping people live better with pain may be achievable.”

And “helping people live better with pain” implies that the treatment they receive to help them would not create perhaps the far bigger problem of addiction. Since the Food and Drug Administration (FDA) is responsible for monitoring every drug in the United States for the potential to cause more harm than good and to reject drugs which have a high potential for abuse, they have set guidelines for the development of new pain medication. For a new drug to succeed in today’s market, the makers must consider the abuse-deterrent properties the FDA highlights.

These are the properties that the FDA is looking for in newly developed drugs:

Caroline Chen sums it up in her excellent article published in Bloomberg (06/28/17)(8): “In the wake of mounting overdoses and deaths from the opioid-addiction crisis sweeping across the US, drug makers are racing to come up with safer painkillers. Companies are highly motivated to create alternatives to the $4 billion opioid market. The federal government is cracking down on lax prescriptions that contribute to many thousands of deaths a year and has started to block the sale of medications it considers unsafe.”

“Drugs such as morphine, fentanyl, and oxycodone are such powerful analgesics because they so effectively block pain signals by acting directly on the brain. Since they work at such a fundamental level, these medications would be perfect painkillers were it not for their tendency to cause addiction,” Chen surmises.

So, to answer the question, “Can we help people live better with pain?” the answer is yes, it seems that we have no choice, but to do so. The next question is: When?