Dealing with the Importance of Pharmacokinetics and Pharmacodynamic (PK/PD) Programming 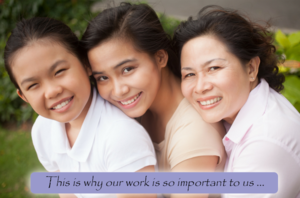 Pharmacokinetics/Pharmacodynamics to Patients, Sponsors, and the Federal Drug Administration (FDA)

In Part 1, we will discuss a general overview of how Pharmacokinetics and Pharmacodynamics (PK/PD) plays a key role with 3 key stakeholders: Patients, Drug Companies, and the Federal Drug Administration.

Before we get into the importance of Pharmacokinetics/Pharmacodynamics, also known as PK/PD, we first need to understand the meaning of each. Pharmacokinetics is how our body deals with the drug as a foreign substance and how the body affects the drug’s concentration over time, while Pharmacodynamics is the effect that the drug has on our body to treat the underlying disease. In other words, when a physician prescribes a medication for a certain ailment at specific intervals (based on pharmacokinetics), he or she has a good idea of what the effect (based on pharmacodynamics) the drug will have because of the information gathered through clinical trials over many years.

The Importance to Patients

Why is it that we as patients need to understand the importance of PK/PD and the standard management of the data from clinical trials? Patients with a chronic illness, for example, depend greatly on the accuracy of PK/PD information because they both play a key role in the success or failure of the drug treatment you have been prescribed. For example, have you ever asked yourself why are there so many different drugs indicated for your condition? The reason is that similar compounds, commonly referred to as Biosimilar drugs, like those prescribed for the management of chronic gastric reflux, have a different pathway to treat the condition (mechanism of action). (We will talk about Pharmacokinetics in more detail in Part 2 of this series, “PK Explained” authored by Timothy J Harrington).

There are many other factors which influence the effect a drug has on a disease. For example, if a drug is primarily eliminated through the kidneys and the patient has a compromised urinary system, i.e. kidney disease, the effects will be significantly different than in a patient with a healthy urinary system. This is another example where PK/PD plays an important role since a diseased kidney will decrease the normal elimination of the drug; therefore, increasing its concentration in the bloodstream and cause serious side effects (overdose) as opposed to an individual with normal urinary function. Normal and abnormal effects of a drug are observed over years of clinical trials performed under very specific criteria to simulate as close as possible how the drug will behave through the understanding of PK/PD.

The success of a clinical trial depends heavily on the standardization and harmonization of the many data points used in the study. The only way to achieve standardization and harmonization of information from so many different sources is with specific programming tools managed by highly skilled individuals with years of experience, such as those who work at Navitas. (More on tools and standardization will be discussed in Part 3 of this series in “Coming Soon: ANDCA and PK Submission” authored by Luke Reinbolt and Liz MacDonald).

The Importance to Drug Companies

Why do drug companies depend so much on PK/PD and the complex programming tools needed for the success of their clinical trials? The answer is simple – it comes down to economics. Think about this, according to MedicineNet.com “it takes an average of 12 years for an experimental drug to travel from the laboratory to your medicine cabinet”. Furthermore, “only 5 out of 5000 drugs that enter the preclinical testing progress to human testing” and only one out of 5 drugs are approved by the FDA.

PK/PD in combination with other critical criteria and standards used by the FDA plays a role in the success or failure of a drug’s approval. An example of this is noted in a recent news release dated April 23, 2018, by Eli Lilly titled “FDA Advisory Committee Recommends the Approval of Baricitinib 2mg, but not 4mg, for the Treatment of Moderately-to-Severely Active Rheumatoid Arthritis”. The reason the 4 mg dose was not approved was that of “the adequacy of the safety and benefit-risk profiles”. PK/PD is not specifically mentioned in the decision; however, as mentioned above, dosages are an important parameter of the PK/PD calculations and, as we see in this case, the difference between the 2 mg and 4 mg dosages had enough of an impact on the safety of the patients that only the 2 mg dosage was recommended for approval. However, as the article states, this does not mean that only the 2 mg dosage will be approved by the FDA. So, will the drug make the 1 in 5,000 odds, and in what dosage? Only time will tell.

The Importance to the FDA

According to FDA.gov, the FDA mission is to be “responsible for protecting the public health by ensuring the safety, efficacy, and security of human and veterinary drugs, biological products, and medical devices”. So, with so much information available from so many different studies, how does the FDA decide which drugs to approve? The answer is very simple – FDA does it by using such acronyms as CDER and CBER, CDISC SDTM, SEND, ADaM, and Define-XML standards! Now, we could go into a lengthy and technical discussion on what all those mean and why they are so important to clinical trials, but it all boils down to one word – STANDARDS.

The online version of the Merriam-Webster dictionary has 10 different definitions for the word “standard” but the one we are looking for here is defined as “something set up and established by authority as a rule for the measure of quantity, weight, extent, value, or quality”. And how are standards accomplished? By using a set of established guidelines for the collection, assimilation, and transfer of millions of data sets which allows the FDA to “understand and compare” the information from one company with that of another, or one drug with that of a similar one to make an informed decision and follow its mission. So, while the mission is to protect the public health of consumers, it is also imperative that life-saving and life-enhancing drugs be brought to market as quickly and efficiently as possible. The huge responsibility of getting this crucial information organized and correctly communicated falls on the shoulders of programmers who are experts in their field. Their job is to organize massive amounts of data correctly, and in a standardized format that is compliant with current FDA guidelines, in hopes of gaining approval for each new drug, and the pharmaceutical company they represent.

We have designed this 3 Part series to give the reader a look into the use of this important programming tool from a “basic” point of view to the more technical aspects discussed at the end of the series.

In Part 2, we will focus more on PK with a paper authored by Timothy Harrington titled, “PK Explained” with a bit more technical information on how PK is used in drug trials.

In Part 3, we appeal to those who enjoy a good technical read with a more in-depth look into the programming requirements of PK, authored by Luke Reinbolt and titled “Coming Soon: ADNCA and the PK Submission”.