Senior Statistical Programmer Analyst I, Gary Shultz, Always Looks at the Bright Side of Life

These are challenging times, and one excellent way to combat the trials and tribulations of life is to practice gratitude. Navitas Data Sciences’ Gary Shultz, Senior Statistical Programmer Analyst I, believes that gratitude is the path to positive change and growth, and tries to embrace life’s difficulties and look for the lessons they may provide.

“When everything is going well, change is not needed, and therefore change is less likely to occur,” says Gary. “However, when things go poorly, self-reflection leads to the potential for change,” he continues. “Change is growth; not changing is not truly living. I believe we need to experience bad things in order to grow from them, to grow through them,” he adds.

Indeed, Gary has found silver linings throughout his interesting life, redirecting negative situations by changing his perspective, and focusing his attention on the positive outcomes that change offers once challenges are properly met.

After graduating from Pennsylvania’s Gettysburg College with a Bachelor of Science degree in Mathematics, Gary was hired as an actuary intern at AAA Mid-Atlantic Insurance Company, in Philadelphia, Pennsylvania. The company had just licensed SAS, and since they had no experienced programmers, they gave Gary, the newest member on the team, access. “I ran with it and migrated into a role where I produced all of the information for the actuarial department,” says Gary. “When the actuarial department disbanded due to the function being outsourced, I moved to Informatics, where I headed up system security (RACF for the mainframe) and Y2K compliance,” he adds.

When Gary realized that the company lacked further growth potential, he moved on and entered the clinical realm via a small CRO, Premier Research, Division of SCP Communications in Philadelphia. “That was a great fit in that I was able to learn many facets of the industry,” remembers Gary, and within a few years, he became head of the programming department there.

Among his many accomplishments there, he created SAS programs to allow programmatic up-versioning of clinical trial data previously coded under prior versions of medical dictionaries (MedDRA and WHO Drug), saving the company substantial manual coding efforts. He also developed color-coding macros for listings (blue for new data, and red for changed data) which data management and clinical operations greatly appreciated. Gary considers the 12 years of experience at Forest Research Institute very valuable, but as ownership of the company and circumstances changed, Gary took the opportunity to move back to his beloved Philadelphia and found a new home at DataCeutics in Pottstown, Pennsylvania.

“Forest Research Institute had no entry in the oncology space,” says Gary. “I always wanted that experience – not only for something new to learn but also to make my own small contribution to the creation of improved treatments for such a deadly disease,” he continues. It turns out that Gary’s DataCeutics/Navitas Data Sciences experience has worked well towards that goal. He first worked with rare diseases, then moved to oncology with another important client, grateful to now have the experience and opportunity he yearned for. 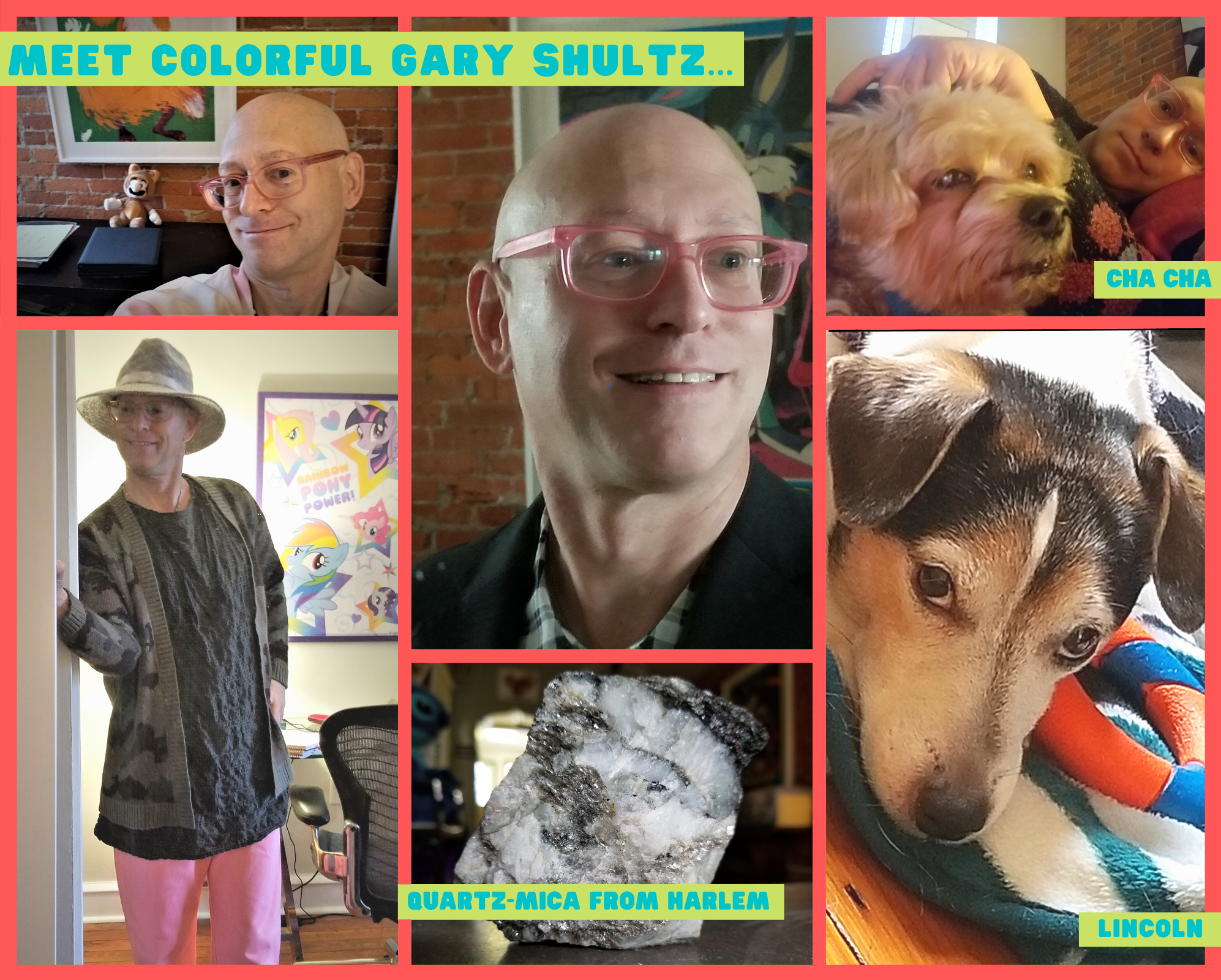 Gary has lived in the Philadelphia area for most of his life and has fond memories of a childhood in Willow Grove, where a fun-filled amusement park and the world’s largest bowling alley of its day, housed in a glorious Art Deco building, once provided hours of entertainment. “Sadly, the park is now a mall, the bowling alley a generic shopping center stripped of any Art Deco references, and the whole area is surrounded by suburban desert parking,” Gary laments. “Perhaps these memories have helped contribute my love of old and abandoned places,” he surmises, as that positive attitude of his kicks in.

During his years working at Forest Research Institute in New Jersey, Gary lived in New York, and he developed a penchant for exploring abandoned natural spaces – little undiscovered gems of nature hidden in the hearts of big cities. A geology buff, Gary enjoyed perusing pockets of undeveloped woods in Harlem and Manhattan for unusual rocks to add to his collection. “One of the largest garnets ever discovered came right from midtown during the construction of the sewers,” exclaims the rock-hound with childlike enthusiasm.

Gary enjoys a variety of interests that bring him joy. Music is especially important to him and his taste in music is as varied as it is unique. In his own words:

“Music represents so many things to me: for example, Future Days by CAN and Vision Creation Newsun represent joy. Surf’s Up by the Beach Boys represents the discovery of childlike wonder as the antidote to modern stresses. My favorite listening experiences are often those that are unlike anything I’ve heard previously. If it’s strange and unique and different, if it opens the palate of my musical tastes, I love that moment. Other listening experiences are exercises in nostalgia. I disliked 70’s easy listening when I was much younger. Now I adore it. To me, it’s hardcore; there’s nowhere for the emotion to hide. It’s actually not easy at all. It’s intense. And at the same time, it’s nostalgic. There’s an unlikely combination – nostalgic and intense. I love such juxtapositions.”

A vegetarian leaning toward becoming a vegan, Gary loves shopping for fresh produce at the local Farmers’ Market. He also loves to shop for clothes and uses clothing as a creative and artistic outlet and as an expression of gender-fluid self-definition. His involvement in the furry fandom subculture landed him as a romantic lead in an alternative rock band video sporting a costume, he designed himself, and he has dabbled in film-making. Gary is also quite active in the recovery community in Philadelphia, finding it truly rewarding to be helping those in need.

Currently, Gary lives alone and is remodeling his home with his own two hands. Desperately missing his deceased Maltese, Cha Cha, Gary recently adopted Lincoln, an 8-year-old rescued Jack Russell Terrier, who he is allergic to and has not quite tamed yet. At this writing, Gary was sporting a bandage on his hand over a wound from Lincoln’s latest bite. A lesser person would have certainly returned this dog, but Gary’s compassionate nature is trying to learn Lincoln’s triggers and is determined to work it out. “I believe part of the issue is likely related to past trauma, which makes me want to see this through and give him the love he deserves,” says Gary.

Gary loves working out of his attractive and spacious home office, with its exposed brick walls and hardwood floor and enjoys the challenging projects he is given at DataCeutics/Navitas Data Sciences and relishes the opportunity to come up with novel solutions.

“One facet of this job I very much enjoy is discovering the balance between edit and rewrite. I’ve always been quite fastidious with my programming – in style and substance. I’ve usually been in positions where I could develop my own programs, macros, and standards, then roll those out to others. Here, I am working with so many existing programs, and learning how to determine when to adjust what already is there, when to take parts to coalesce into a new whole, and when to write all new. It’s an evolving challenge, and one that is honing my team programming skills,” Gary comments.

As he practices daily meditation and gratitude for trials and tribulations, Gary takes ample time for self-reflection. “I’m attempting to ingrain this attitude of accepting change and to understand that what I want is often not what I need. My will can get in the way of my life. If what is occurring is counter to my will, that may not be bad at all. That may be exactly what I truly need.” -Spoken like a man who is constantly growing, evolving, and adapting to a constantly changing world, something that perhaps more of us should contemplate doing in these turbulent times.