One of the things we’re most proud of here at DataCeutics/Navitas Data Sciences is the longevity of employment of our key, brilliant team members. Troy Ruth, Director of Clinical Reporting, has been with us for over 17 years. Originally hired in 2003 to develop a front end for the CR Toolkit macro system, called the DataCeutics Report Portal at the time, he was promoted in 2016 to Senior Project Manager and his current position just over a year ago.

Remembering his early days at DataCeutics, Troy says, “The SAS/IntrNet product and JavaScript scripting language were brand new to me, but meshed well with my passion for application development, SAS macros, and reusable code. I got to work very closely with the technical giants: Paul Gilbert, Steve Light, Greg Weber, and John Reilly, among others, and learned a lot about a robust development and validation methodology, and most importantly, how projects and clients can be managed proactively, rather than reactively.”

The work environment at DataCeutics and its proactive management policy have been refreshingly different from his experiences at previous jobs, and one of the main reasons Troy is still a dedicated employee after so many years. Troy became interested in computer programming in the seventh grade and later chose Drexel University in Pennsylvania because it has one of the top cooperative education programs in the United States. “I had three 6-month co-op cycles, during my 5-year academic program. Cycle 1 was an entry-level support type role at an electrical connector manufacturer, in Harrisburg. Cycles 2 and 3 were spent in a statistical programming role at Merck, in Blue Bell, Pennsylvania,” Troy recounts. “It was there that I learned SAS and had the opportunity to eventually take on the lead of a low-key Omeprazole project, which I still remember these 30 years later as MK764A,” he recalls. 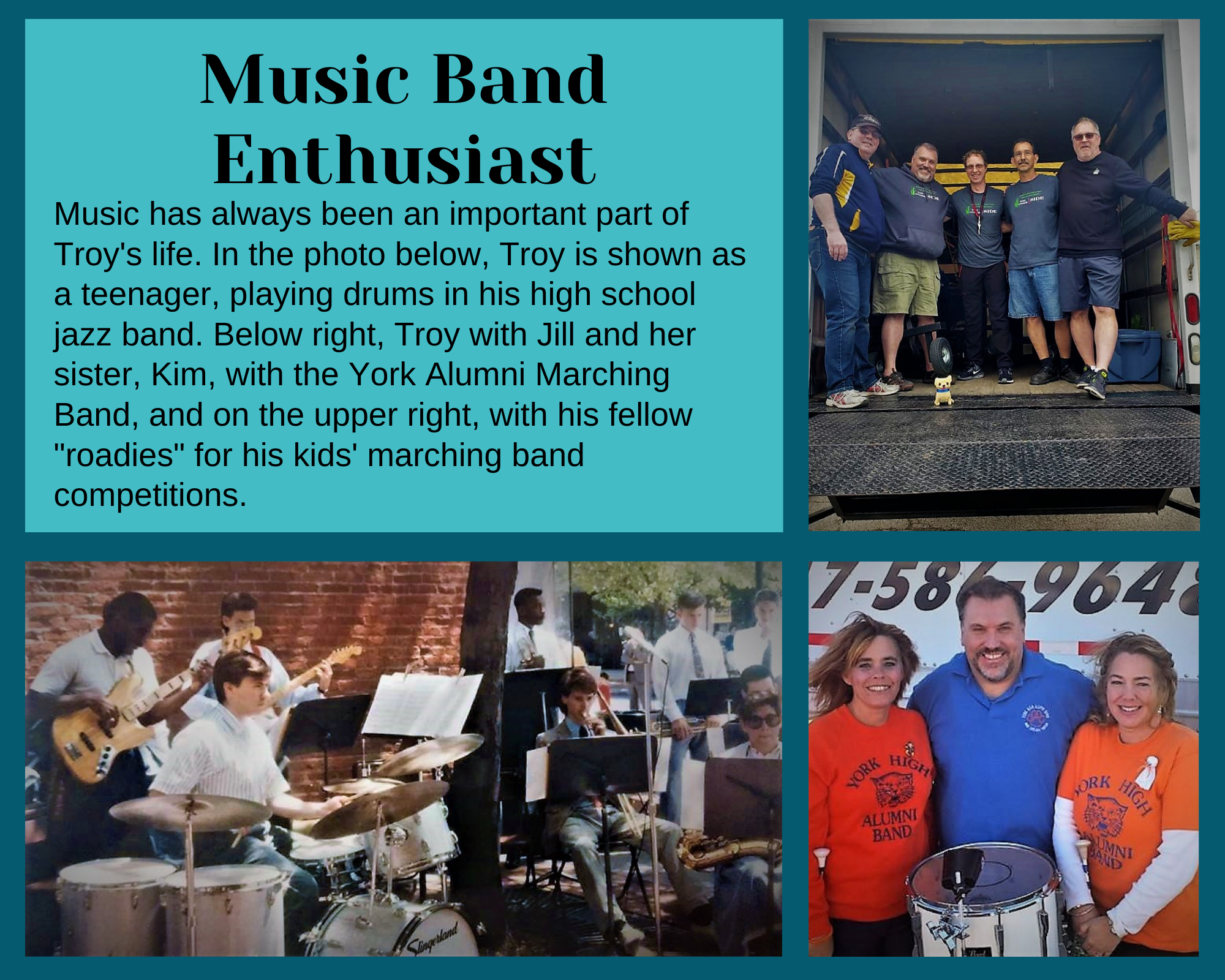 Troy began his professional career straight out of college as a contract employee at Merck and Company, where he designed, coded, and implemented SAS table programming packages in support of clinical NDA submissions, and worked closely with Clinical Data Coordinators and other clinical staff. Two years later, he transferred to CB Technologies, Inc., as Senior Manager, Data Services, where he worked for ten years. He was the Project Lead for a group of Oracle and MS SQL Server Database Administrators for MetaTrial and oversaw data hosting operations, database administration, data backup plans, disaster recovery planning, capacity planning, and budgeting, among many other responsibilities.

“Over the years, there were some more experienced hires added to the mix, but I always had the spirit to take on tasks and projects that were way over my head out of a necessity to figuring them out,” Troy says. “So, when I was hired by DataCeutics, I finally had the opportunity to work with industry veterans who were among the best to be found anywhere, which allowed me to really grow in more disciplined ways,” he continues.

Currently, Troy is a study lead for the DataCeutics/Navitas Data Sciences global team, and is responsible for a team of India-based programmers, as well as U.S.-based staff, assigned to one of the company’s most important clients. He manages direct-reports for other clients as well, currently overseeing nine India-based and six U.S.-based staff. “Conducting one-on-one meetings with those reporting to me continues to allow me to work closely with and learn from people with amazing and diverse skill sets, which I enjoy tremendously,” Troy says. He has enjoyed working with multiple clients to ensure that each team he manages functions within the client’s process, and works effectively with other teams. He also contributes to business development needs and other special projects assigned to him by the Senior Vice President, Chief Operating Officer, or other members of the executive team.

“My interest has always been focused on applications, tools, and utilities development, but generally in support of automation of clinical reporting processes. Therefore, as a clinical programmer, I always feel a bit out of my depth the more detailed the statistical needs become,” Troy says in his humble manner. “However, I am always confident that with a reasonable specification, I can program nearly anything – or find one of my expert colleagues who can nudge me in the right direction,” he continues. 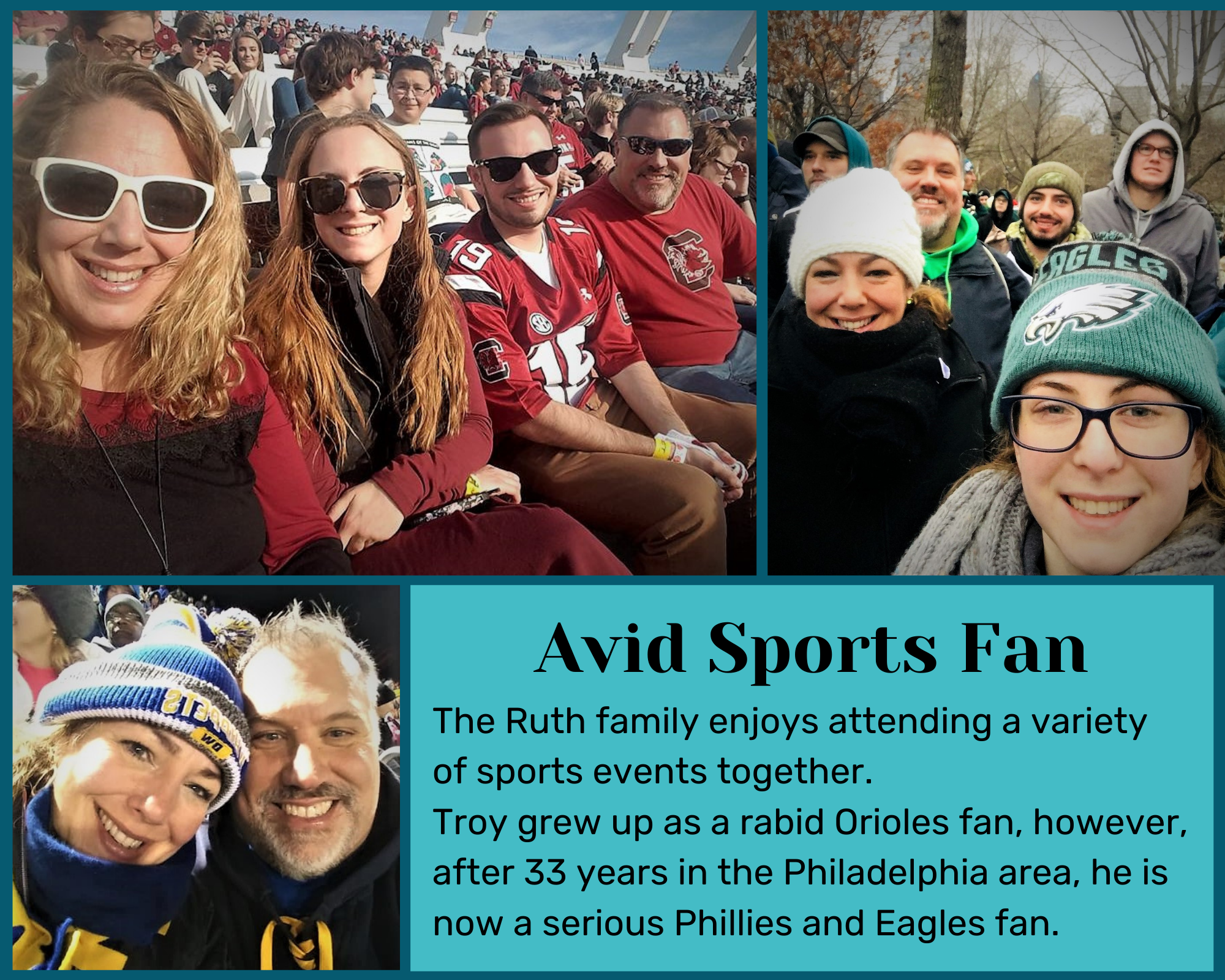 Troy clearly enjoys the challenges of his job and is very proud of his career, but considers his wonderful, close-knit family his greatest accomplishment. He met his wife of 25 years, Jill, when he was a senior and captain of the drumline at William Penn Senior High School, in York, Pennsylvania, and she was a ninth-grade baton majorette in the same band. Although the marching band wasn’t very active in competitions, the jazz band Troy was also in left its mark. “Our jazz band always received the highest possible ratings in competitions, with several future professional musicians in the band with me at the same time, including a future jazz recording musician, religious musician, a video game soundtrack composer, and all four members of the rock band “Live” who achieved worldwide success in the mid-90s,” Troy remembers proudly. He continued to play drums in college in concert, jazz, and basketball pep bands and still plays with his church Praise Band and high school alumni marching band.

A devoted and attentive father, Troy is very proud of the fact that both of his children are following his trail to some degree since Brady, now 22, is a Computer Science major at the University of South Carolina and Baylee, who is 20, is a Public Health major at Coastal Carolina University. Their dad also passed his love of music, marching bands, and sports down to them. During their childhood, he was active as a youth baseball coach and boy scout leader for his son and softball coach to his daughter. Troy was also the head of the equipment crew for his kids’ year-round competitive marching band and indoor percussion ensemble for 7 years. “This role required loading, unloading, and transporting instruments and the large percussion equipment for roughly 160 members for out-of-state and world championship competitions,” says Troy joyfully. “The passion for this role was due to both of my parents being very involved and my father transporting the equipment for me when I was in the high school band,” he continues.

In January of 2020, both kids went off to college at the same time and Jill and Troy enjoyed their first taste of empty nesting. But eight weeks later, in mid-March, both Brady and Baylee returned home for spring break, which of course was interrupted by the COVID-19 outbreak and school cancellations. So empty nesting will have to wait. Although Baylee returned to campus in August, Brady has been attending college virtually from home. Jill works as a teacher and has been out of the classroom since the beginning of the pandemic, as well. Add in rescue kitties Mackerel and Tuna, a new 16-week-old rescue puppy, Qiana, and there is a full house at the Ruth family home in Downingtown, Pennsylvania. 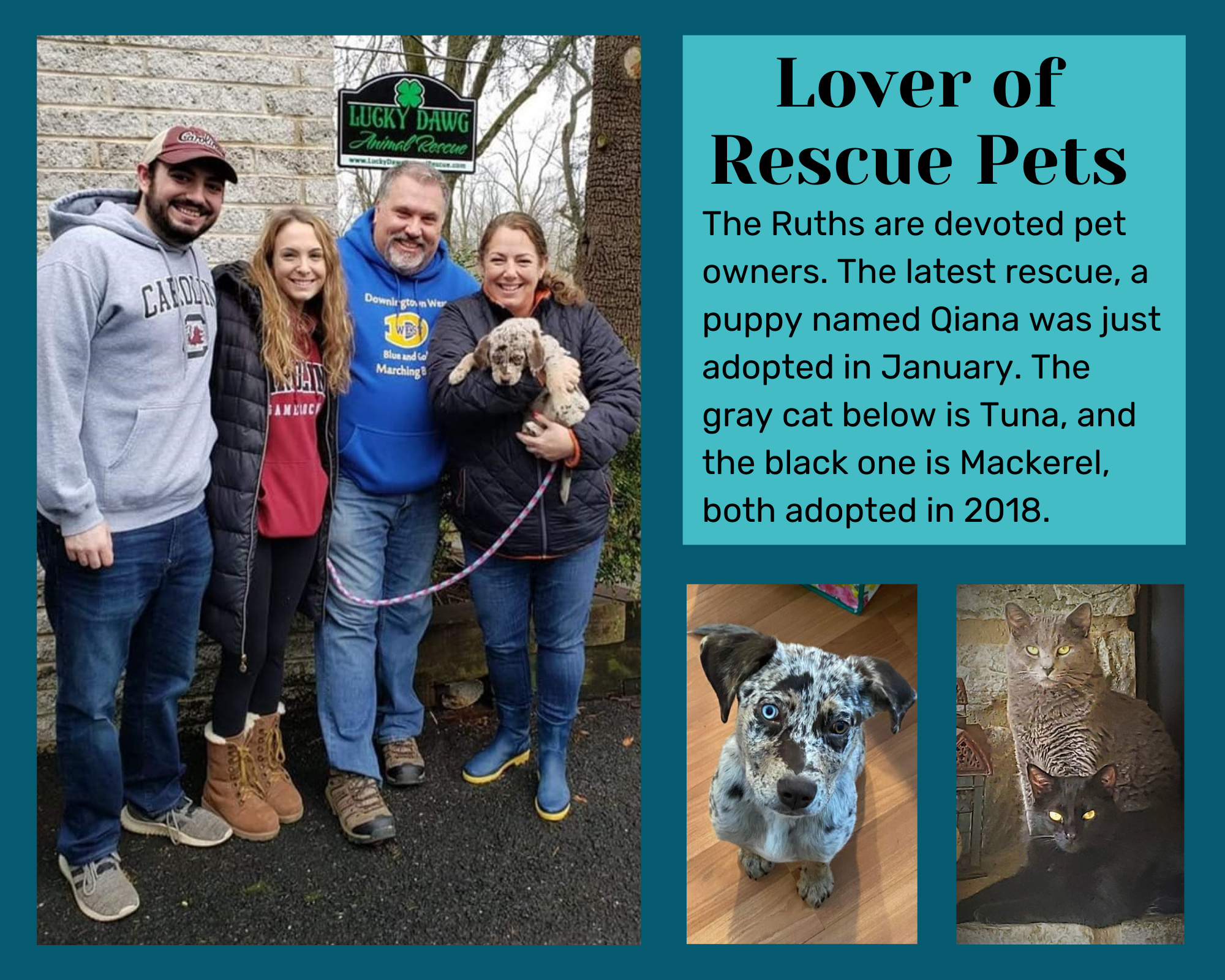 We asked Troy, as a 28-year veteran of the industry, what his thoughts were about the future of Data Sciences and technical advancements, and what direction he thought the industry is moving in. He answered:

It used to be that companies resisted automating their clinical reporting needs with macros and other tools, including robust Statistical Computing Environments. However, now I think it is rare for companies of any size to not use these systems. While each toolset has its own syntax and usage, most programmers are now used to the concept and this makes working among our clients easier as the various toolsets are analogous in many ways. My current client seems to be on the cutting-edge adopting R, but even so, it hasn’t really infiltrated my specific projects for day-to-day use. However, there are many workshops conducted where in-house R solutions are presented, and it is clear that these skills will not only be coveted, but absolutely necessary for clinical programmers as we progress further into the current decade.

Thank you, Troy, for that bit of wisdom, and your many years of dedication and valuable contributions to the growth of our company. It is on the shoulders of people like you that DataCeutics/Navitas Data Sciences stands tall in our industry.

(For more information on R, please see our blog post from August 2020 R: The Future is Now.)