Although not well-known outside of the scientific community, Sir Ronald Aylmer Fisher’s contributions in the field of statistics and genetics is only comparable to that of the legendary Charles Darwin. Interestingly, Fisher thought of himself as a scientist, but once he applied his love for mathematics to biology, he evolved into a brilliant statistician. Dubbed as the “Father of Modern Statistics,” Fisher laid the foundation for using different variables simultaneously in experimentation. He was the first to plan for the unexpected in testing, driven by the quest for certainty in the presence of uncertainty. 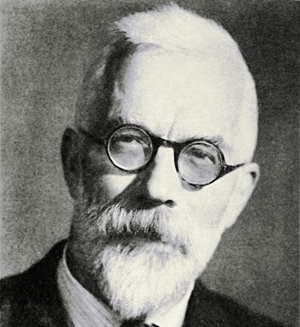 Growing up, Fisher’s vision eroded rapidly and led him to learn math creatively, without the aid of paper or pen. He would visualize mathematical problems inside his head in geometrical terms, reaching solutions without the messy paperwork. What stemmed from a hardship, became a blessing in disguise later in life.

Fisher desperately wanted to join the British Army during World War l, but he was rejected because of his poor vision. He enrolled in school and excelled in every aspect, winning numerous awards along the way. In 1909, Fisher was awarded a scholarship to Gonville and Caius College, a constituent college of the University of Cambridge. It was here that his interest in science, especially human evolution, was sparked, leading to later studies.

Upon graduation (from 1913-19), Fisher held two jobs- statistician for the City of London and teaching mathematics/physics at different public schools and colleges. In 1918, he published The Correlation Between Relatives on the Supposition of Mendelian Inheritance, where he introduced the term “variance” and described how to use it. This writing would become the first step toward establishing population/quantitative genetics.

In 1919, Fisher became chief statistician at the famous Rothamsted Experimental Station, the longest-running center for agricultural research (still in operation today). It was here that his most brilliant ideas were conceived. Rothamsted’s founder, Sir John Lawes, had a winning idea to invest in artificial fertilizers, and began multiple experiments by creating numerous rows in the fields, using different treatments on each.

Fisher was in charge of documenting Lawes’ fertilizer experiments, and because there was only a limited amount of data available, he developed a method of extracting the maximum amount of information from a minimal amount of data. His groundbreaking methodologies are still used today - most importantly, the analysis of variance (ANOVA), a collection of statistical models analyzing the differences between group means.

The work at Rothamsted came to be invaluable for Great Britain after food production diminished drastically during World War I. Fisher’s work was key in saving a nation from likely starvation.

Fisher was a strong proponent of involving statisticians in the early stages of experimentation, claiming that statisticians were only able to perform “autopsies” on experiments when they were only brought in at the end. He felt it was crucial to have them along for the whole journey for maximum benefit.

Fisher’s concept of “maximum likelihood,” his revolutionary method of extracting data by proposing several different possible “certainties” and computing several variations of the “what if” factor, is still being applied today to everything from the Human Genome Project to new technologies in motor engines. He is the Father of Modern Statistics, indeed.