In our last blog, The Best Major-City Areas to Live and Work in Life Sciences, we explored the benefits of living in five of the most popular large-city hotbeds of our industry, and found that 56% of DataCeutics’ programmers, data managers, and statisticians live in, and work out of these areas. The opportunities for exemplary education, premier entertainment, and ease of travel make big-city life attractive to many, but it’s not for everyone. 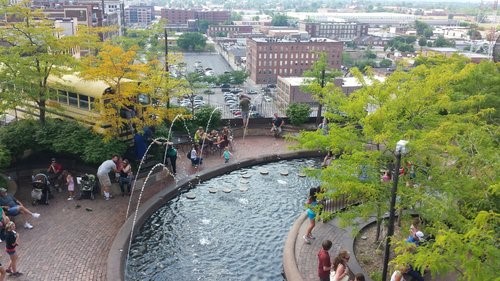 Some people prefer the more laid-back lifestyle and sense of community of living in small hometowns and tighter-knit parts of the country. Lower crime rates, more opportunities for nature-lovers, and generally a lower cost-of-living, are but a few of the many benefits of these more remote sections of the United States. Surprisingly, many life science companies have preferred to set up shop far from the main centers of population, and thrive in these smaller, more intimate communities.

1. For example, the BioMidwest, which consist of eight states: Illinois, Iowa, Michigan, Minnesota, Missouri, Nebraska, Ohio & Wisconsin, houses 29,865* life sciences companies! Situated right in the middle of the United States, this area is home to notable life sciences companies like Abbott (IL/MI), AbbVie (IL/MI), Alkermes (OH), Celgene (KS), Pfizer (MO), and Sanofi (MO). These corporations are all boosting the area’s economy, and increasing opportunities for residents. The BioMidwest is also home to several great American cities like Chicago, Cleveland, Detroit, Milwaukee, and Minneapolis. Being smack in the middle of the country also provides easy access to either coast. Fourteen percent of DataCeutics’ programmers, data managers, and statisticians work remotely out of this region.

2. BioIndiana – How does Indiana rank as a region all by itself? Due to the multitude of medical-device companies in the northeast part of the state, Indiana controls 39.5% of the worldwide orthopedic market – pulling in roughly $19 billion in revenues. Indianapolis is home to Eli Lilly, as well as the world headquarters of Mead Johnson Nutritionals in Evansville. Indiana also ranks fifth out of all states in the United States for total sales and shipments of pharmaceutical products, and ranks second in biopharmaceutical jobs. In 2017, 80 new products from Indy were approved by the FDA. For entertainment, residents (including 2% of our staff at DataCeutics) enjoy the perks of living near the famed Indianapolis Motor Speedway. There are a total of 1,689 life sciences companies in the BioIndiana region.

4. Idaho, Montana, Oregon, and Washington State make up the BioForest region, home to 7,805* life sciences companies. This remote area is home to some very respected names in the industry, like Bristol-Myers Squibb, Gilead Sciences, and LabConnect. Washington is only one of seven U.S. states that doesn’t have a personal income tax – no corporate income, or franchise tax, either! The biotech companies in Oregon and Southwest Washington are actually quite small, employing just over 300 workers on average, but they are locally headquartered, many spinning out of research from Oregon's major universities. Interestingly, no one living in this region is currently employed by DataCeutics.

To read more about the benefits, as well as the challenges, of working in our industry from home-based offices, read: Creating a Culture of Inclusion for Remote Workers.You may also enjoy reading about the Seven Advantages of Hiring Remote Workers. For DataCeutics, the off-premise work environment model has been very successful for over twenty-five years. Our programmers and statisticians enjoy the benefits of a flexible work schedule, the convenience of living where they wish, and not having to commute.